If It Keep On Raining ,
The Levee Gonna Break

April 25th, 2003. New Orleans, LA. On my way to my first Jazz Fest which coincided with a now cured mania to see Bob Dylan as many times as humanly possible between 1999-2006.

Touch down at Louis Armstrong International, check in at ye olde hotel and hightail it to the Fairgrounds. Duck into the Gospel Tent to catch the Morning Star Baptist Church Mass Choir and then it’s on to the main stage to await on Bob. Don’t quote me on this, but I think Joe Cocker was on just before him. Or maybe it was Dr. John? No, I think it was Cocker. Maybe.

Dylan and his band take the stage in the brilliant afternoon sun and start right in on a rousing rendition of ‘To Be Alone With You’. Banging out chords on his upright organ, strumming his six string and blowing inspiring harmonica notes out to all who would receive. In what seems a blink of an eye the last strains of ‘All Along The Watchtower’ ring out and then it’s over.

No. It’s never over with Bob Dylan. You should know that by now.

The following day I’m back at it again. I told you; I had a mania. This time Dylan’s at the Municipal Auditorium in Louis Armstrong Park. Beautiful park and a wonderful venue. Like an old time high school gymnasium; wooden floors and all. I make my way to the venue and run into a series of buses parked alongside the road leading up to the auditorium. Lo and behold I notice Dylan’s guitarists Larry Campbell and Freddy Koella just hanging out. Just killing time. Just shooting the breeze. Clearly waiting for me to approach them. Which I do. We talk a bit o music talk and they agree to pose for a picture with yours truly. Which was nice. So I have that going for me. And they have that going for them. 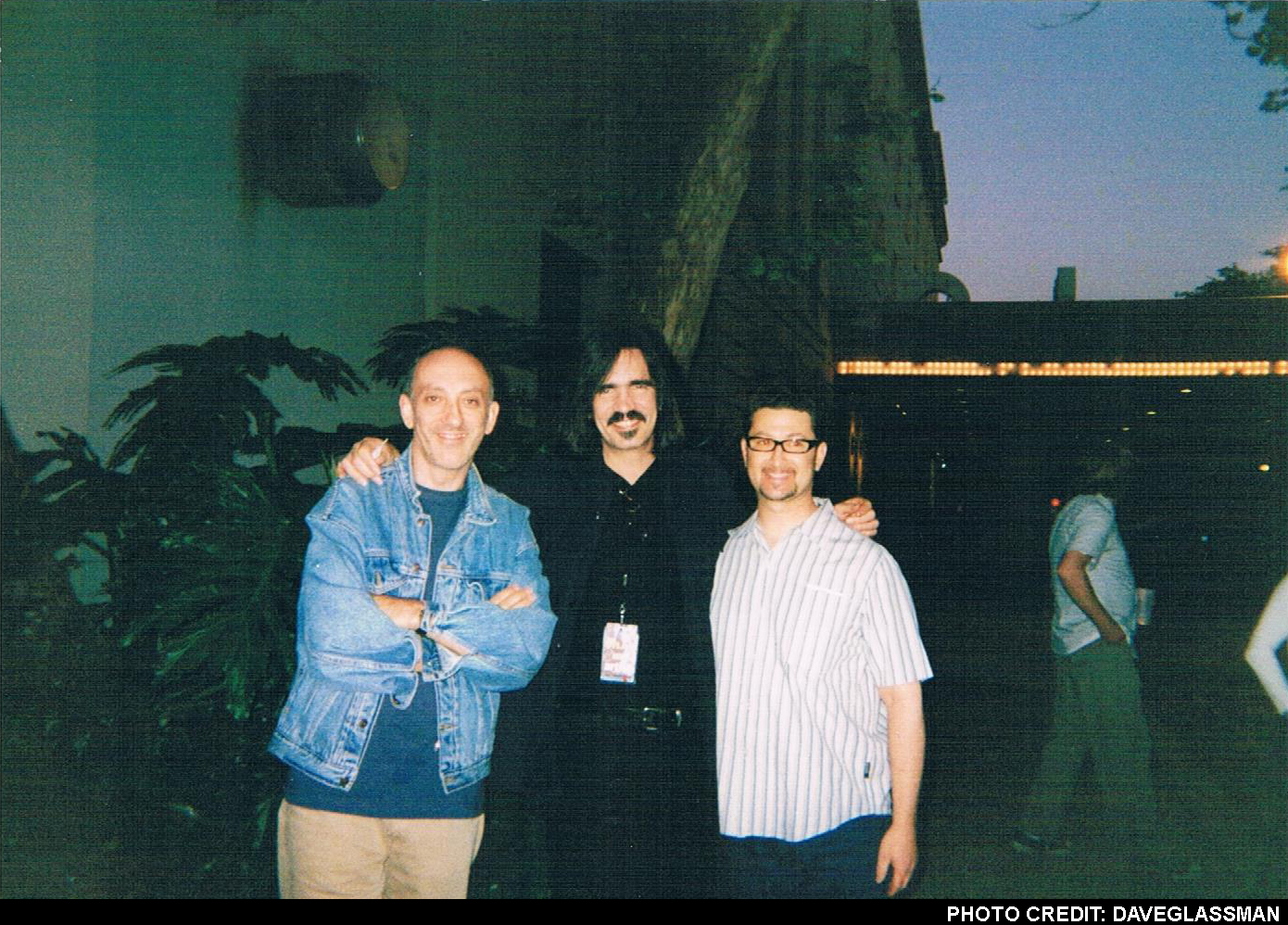 “Here’s the thing with me and the religious thing. This is the flat out truth: I find the religiosity and philosophy in the music. I don’t find it anywhere else. Songs like ‘Let Me Rest On a Peaceful Mountain’ or ‘I Saw The Light – that’s my religion. I don’t adhere to rabbis, preachers, evangelists, all of that. I’ve learned more from the songs than I’ve learned from any of this kind of entity. The songs are my lexicon. I believe the songs.” -Bob Dylan 1997