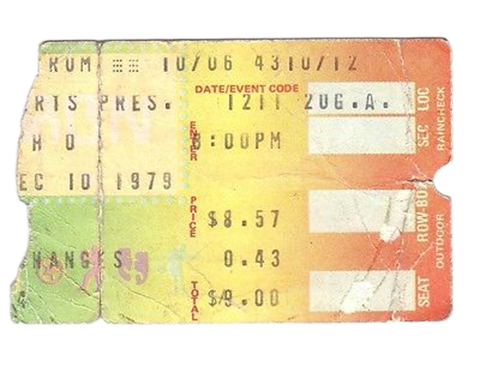 December 10th, 1979. A standard Winter Monday if you can recall. I’m in a station wagon (remember those?) with my cousin and two of his buddies. His mom handling chauffer duties for the trip down Rt. 70 from the Jersey Shore to Philadelphia. Destination, the Spectrum; just over the Ben Franklin bridge. Awaiting us within, The Who. My first concert experience beckoning.

Excitement and tension were in the air. But nothing that a high school sophomore couldn’t handle. Just a week prior eleven Who fans were killed in a stampede outside Cincinnati’s Riverfront Coliseum. My folks were not happy concerning my upcoming show attendance, but they stayed the course and allowed my plans to come to fruition. 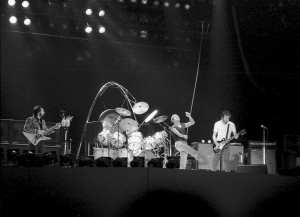 This was back in the day of what was called festival seating; or in other words, first come first served, or in other other words, every man for himself. Your ticket gained you entrance into the venue, but beyond that, it was up to you where you’d sit. We queued up about six hours before show time. That’s a lot of waiting and standing around time on a chilly Philly sidewalk, but we were young and impervious to such discomfort. At some point the doors open and there’s an organized, but still scary crush of people headed towards the doors. In a flash we were inside. Some quick calculations if we should run down to the floor to get closer to the stage, but we’d been standing for so long that we chose some pretty decent seats on the lower level stage right.

Three out of the four original The Who as well as new drummer Kenny Jones arrive on stage. They play all The Who material you know and love. 25 songs later and my first concert experience is complete. A fine start of a long and storied concert career indeed.

Thirteen years prior Bruce Springsteen saw The Who at Asbury Park’s Convention Hall and it was his first concert experience as well. So we’ve got that in common.

Who/What was your first concert experience? Do tell.

“Pete Townshend managed to take the dirty business of rock and roll and somehow make it spiritual and he turned it into a quest. He identified the place where it was noble and he wasn’t afraid to go there. I took a lot of that with me as the years passed by.”

– Bruce Springsteen, upon presenting an award to Pete Townshend in May of 2015.