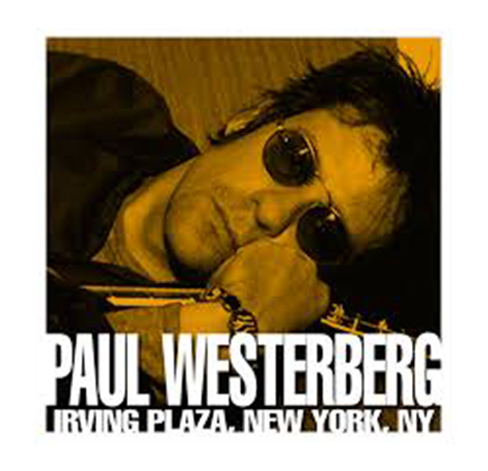 The Supper Club was a New York City venue that hosted many a memorable music show in its day. It’s been closed now for years, but I happened to have walked past it recently and recalled my only concert experience there.

I came to The Replacements too late in the game to catch them live, although I do remember being intrigued by them when they performed on SNL in 1986. I kept up musically with leader Paul Westerberg and made sure to see him at New York’s Irving Plaza in 1996. With guitarist Tommy Keane in tow he played nearly thirty songs.

The next time I caught Paul was in San Francisco in 2002 at a Virgin Records in-store gig. If you’re a Westerberg aficionado, you know what went down there. It wasn’t pretty. Certainly not as inspiring as the Joe Strummer in-store at Amoeba Records.

The Supper Club is a standing room only venue. I arrived about an hour early and already realized I’d be standing towards the back of the room. Which in the grand scheme of things wasn’t the worse as the sightlines aren’t too bad, but there’s no way I’d get to utilize my new handy dandy small enough to fit in the palm of your hand digital phone. But then I looked up and got an idea. The balcony seemed an inviting area to view the show as it was an excellent vantage point in which to both enjoy the show and snap pics of the show. Of course it’s roped off so I mosey over to the very large man standing guard over the stairs to said balcony. I asked him what the chances of him allowing me up there. He told me I should go get a drink and then return and ask him again. Which I took to mean that I should get myself a drink and then return to him with some sort of monetary tribute. Which seemed fair to me. But how much? I didn’t want to offend him with a low ball offer, but then again, I wasn’t prepared to go overboard. I figured that $20 would do it. So I returned to the very large man and pressed the $20 bill into his palm and as if by magic, the rope gets pulled back and I’m told to head upstairs. 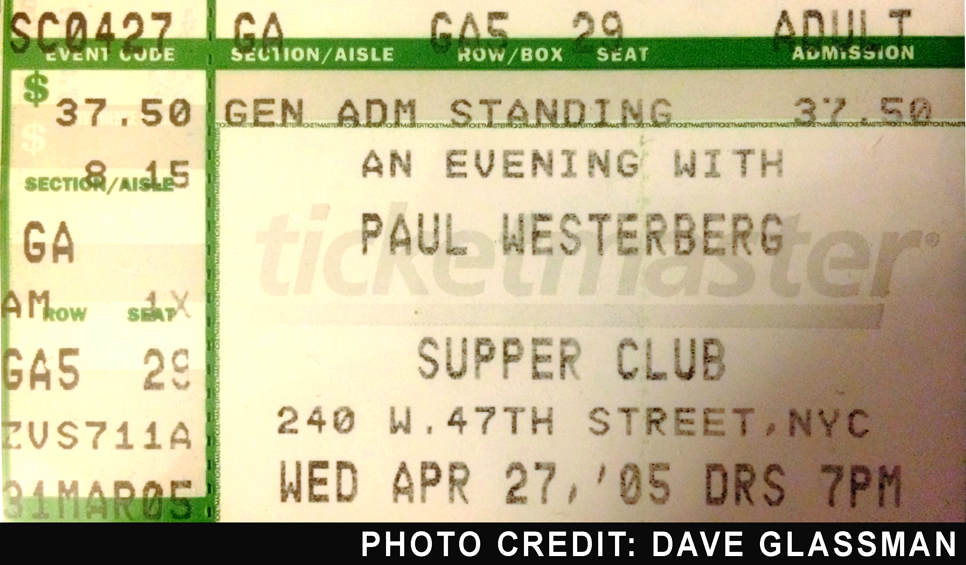 So I’m feeling pretty good. And I find an excellent viewing area and I even find a random ottoman to sit on. This is working out better than I could have imagined. Paul and his band come out and go through a number of his solo work as well as play some requests called out from the crowd for Replacments songs. They even played ‘If I Had A Hammer’ and a Sham 69 song if my memory serves me correctly.

It was somewhat towards the end of the show that I felt bold enough to fire up ye olde digital camera to capture some memories. I take some pics and they’re looking kinda good. And I’m feeling kinda good. Until I feel a tap on my shoulder. I turn around and it’s the very large man I’d given the $20 to. He’s shaking his head in the international sign of ‘no’. I took that as him telling me to stop taking pictures. I give him the international sign of ‘I’m sorry and will cease and desist from any more picture taking activity’. I’m thinking that’s that. But that wasn’t that. The very large man continues to tap me on the shoulder. He gives me the international sign that he wants more money or else he’s going to either take my digital camera or usher me out of the venue; or both. So I dig deep into my pocket and come up with $3. I mean, I’d just given him $20 and now he’s shaking me down for more? He was going to have to settle for $3 or I wasn’t sure what would happen.

Thankfully the very large man went away. $23 richer on the night.

During the encores, the band all swap instruments on ‘Can’t Hardly Wait’ and that was that.

I suppose growing up Catholic, it did affect my songwriting… because it affected my life. It affects my way of thinking and everything. I mean, I’m still a religious person. I believe in God, although I never sit down to write “God” songs. I have my belief, and my faith, and I keep it private. But I try to live right and treat people fairly, so I suppose that comes through in the music.