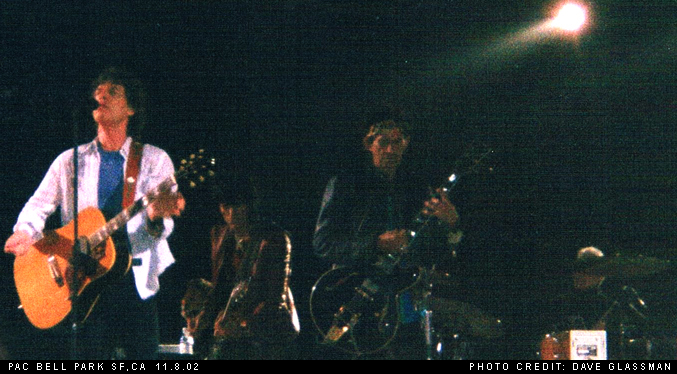 November 8th, 2002. The Rolling Stones, Pac Bell Park, SF. About a month before, I found myself on line (no, an actual line of humans) for tickets at my local record store situated around California and Arguello-ish. (Does anyone recall the name?) that had a Ticketmaster machine. Folk queued up hours before the store officially opened. At some point, a store employee came out with a bag full of pieces of paper with numbers written on them. Instead of leaving the line intact with its original first come first served ethos; they decided that the first fifty or so folk in line would pick a piece of paper out of the bag. Once those folk (which included yours truly who was about 30th in line) procured their numbers, the employee then picked a number. It was determined that the employee’s number would represent where the line would start from. Clearly this wasn’t fair to the folk that managed to get there super early to secure their spot, but as for me, I wasn’t complaining as this new numbering system moved me up to third in line.

So the line gets reordered and the doors open. I had friends flying in to attend the show so I was hoping for the best to make it worth everyone’s while. When it was my turn, I asked for the four best seats available. I received what looked to be like four floor seats so things were looking good.

Concert day arrives and everyone had assembled in town and we were excited to see what was being billed as The Licks Tour. This was the opening night of four shows in SF. When we arrived at the stadium and ushered to our seats, it turned out, we were in some area that contained zero seats and we all had to stand. I was a bit puzzled as the tickets didn’t reflect this. The staging was so large and with plenty of screens, you could still see much of what was going on. You just had to stand; we were in what would have been the infield with the stage set up in what would be left field. But whatever; we were there and it was The Stones. I think Sheryl Crow opened and then soon enough the band hit the stage with fireworks ablazin’ and the chords to “Brown Sugar reverberating. 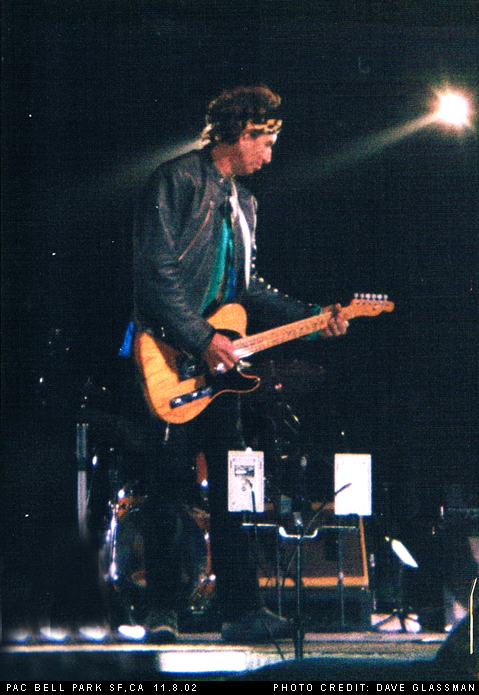 At about the halfway point I see the larger stage go dark and then a bunch of movement coming down the middle aisle. The internet wasn’t mature at that point so you didn’t have the immediate concert discourse and reviews we enjoy today. I wasn’t sure what was happening. The next thing I know the entire band is set up on a much smaller stage…right in front of us. I’m literally in the first row of this new stage. Ok, now you’re talking my language. The band played “Neighbors”, “Little Red Rooster” and “Like A Rolling Stone” before returning to the larger stage.

The attached pics were taken from a smuggled in Canon SureShot. I’m talking film here people. Sweating it out during the security check so as to not get nabbed. These kids today with their cell phone cameras have it too easy.