Are You Pointing At Me?

By promisedland Posted in - Dispatch on September 16th, 2015 0 Comments 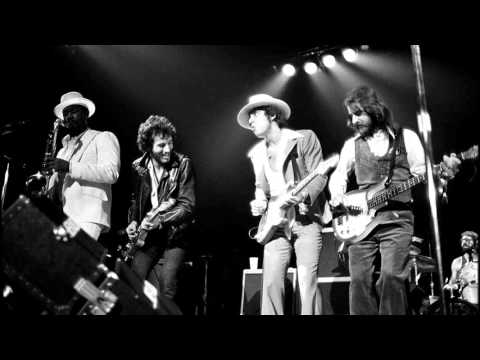 I had tickets to three of the Reunion Tour shows in Oakland later that Fall, but a chance to see Bruce with the E Street Band on our home turf of Jersey was too much to pass up.

Our group convened in the Meadowlands parking lot at 1800 hours and we proceeded to our appointed gate. As usual, I was packing my Kodak disposal camera. Shoved down my pants the better to avoid detection. Once again I made it through.

Our seats were behind the stage. Which sounds sorta crummy, but it’s an interesting vantage point, especially for a seasoned Bruce concert vet like myself. Knowing I’d be seeing him in front of the stage in Oakland I didn’t mind this new view. The seats were actually quite close to the stage and the band does as good as job as any artist to make their way to us from time to time.

As the encores were finishing and the band was making its way down the ramp backstage, I was doing my best to get their attention without looking like a total idiot. But my entreaties were going unnoticed as believe it or not, others near me were trying to do the very same thing. Imagine that?

But…but…all at once Bruce notices me as does Steve and both even point to me. And at that self same time, the entirety of the band came into frame and I snapped the one shot I had left.

Upon developing of the film I was left with this: 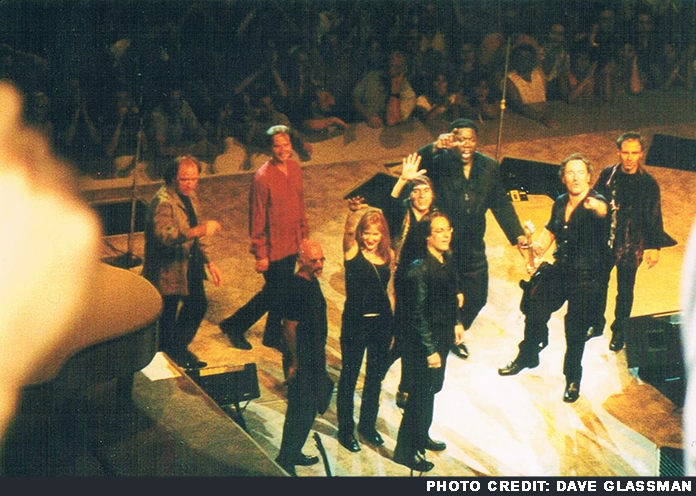 Not too shabby for a Kodak disposable with no flash nor zoom. And no photo shopping here folks. Heck, I don’t even know how to photo shop something so there you go. Bruce is bathed in the white lights and seems to be walking on air while Clarence clutches his forearm, forever connected. That’s my left hand you see in the frame.

So that was that and there you go.

The best music is essentially there to provide you something to face the world with. – Bruce Springsteen